We live in a mobile society. As an employer with payroll, employee mobility can be hard to control. This is a case study of how a graphic design company was able to allow employee mobility while maintaining tight control over payroll cost. 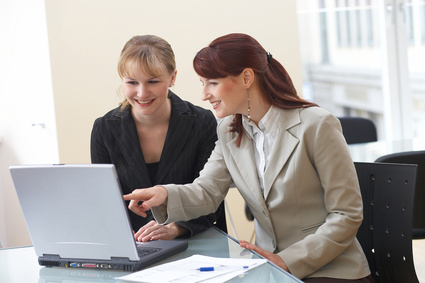 Prior to implementing Internet Time Card as the time keeping system the company had these common employee time-keeping/payroll problems:

1. Employees were consistently overstating work hours by coming in late to work yet reporting into the payroll system they arrived on time.

2. Employees would fail to enter a quitting time until the next day. If the following day looked favorable they would claim they worked an entire day when they actually left early.

3. When the boss was not at work employees took advantage by leaving early without clocking out.

5. Employees were intentionally leaving time cards blank, instead of filling them out daily as instructed. This "technique" worked to the employee's advantage because they were able to overstate hours. No one could recall what happened ago with everyone coming and going.

The situation came to light when the employer was handing out paychecks one day. She noticed an extraordinarily large paycheck for a part-time employee (if they employee hadn't been so greedy they probably would have gotten away with it). Investigation into the overly large paycheck revealed that this employee - who worked three days a week - had a larger paycheck than another employee who worked five days a week. Here's the kicker: the two employees carpooled together.

This is an example of how quickly payroll can get out of control without a system to control it. This employee cost the company two days pay per week. She also ruined good client relationships by overstating hours. She believed it was the employer's fault because they didn't have an accurate time keeping system.

Employers are busy. They have a business to run. They are often preoccupied with keeping the business running. They don't have time to watch employees every minute. Some employees use their employer's preoccupation to their advantage.

To address the problem the company implemented Internet Time Card. Here's how quickly employee time keeping got under control:

1. Employees were given usernames and passwords and instructed to log in when they got to work to start their day.

3. Employee pay was based on the time in the system. It brought employees back to reality immediately.

1. Start-work logins began showing up with an IP address different than the company address meaning the employees were logging in from their house. The intent is to be "on the clock" while on their way to and from work. Employees were told it is company policy there is no work from home. Many employers don't realize that if you allow an employee to work from home you are responsible if they get hurt. Since they have no way of knowing if they were on the clock, the employer becomes responsible for that employee 24 hours a day. Internet Time Card puts a stop to that.

2. Employees would not log out at the end of the day. The idea is to leave quitting time open-ended so it can be determined in the future. The problem is the employee has to go to the time card administrator to get a "forced-logout" for the previous day. After doing this once or twice it becomes obvious what is going on.

3. The first employee to arrive at work logged the others in. The reason this doesn't work is these "fictitious logins" show up on the IN-OUT board. When an employee is logged in, but not physically it work, they're caugth.

These techniques were abandoned the first week. Employees realized that they can't end run the system. It becomes easier to capitulate and work your hours. We see this over and over. Employees have to settle down and work their hours if they expect to get paid.